There’s a full range of streaming options coming this weekend from Off-Broadway and Off-Off-Broadway, with a multi-faceted variety that truly offers something for everyone, from audio drama to a video exhibit, a production of benefits to a range of personal commentaries on our present day.

Keen Company, Dig in the dark – The famous Keen Company continues its 21st year with the world premiere of a newly commissioned work by award-winning writer Pearl Cleage (Blues for an Alabama sky) as part of its free Listen / Now season of original audio pieces (and Cleage’s premiere in the medium) that reimagines classic radio drama. The story of a family dispute takes listeners on a moonless night to a woodland estate outside of Atlanta, where a woman, determined to settle an old score before sunrise, awaits the arrival of her intriguing brother, who comes to claim a precious family inheritance. Taylor Reynolds directs the cast of Rachel Christopher, OBIE Award winner Russell G. Jones, and Janelle McDermoth, with sound design by Fan Zhang.

Dig in the dark starts on Friday February 26, at 7 p.m., at Passionate company and on all popular podcasting apps (Apple Podcasts, Google Podcasts, Spotify, Stitcher, TuneIn and others); full transcription will also be available for deaf and hard of hearing customers. Audio play is free, but those who wish to support the business can purchase a season membership (starting at $ 1 / mo), which offers early access to all episodes and bonus content, including discussions with playwrights and artists, panel discussions with experts, behind-the-scenes interviews, digital shows , opening nights, and more.

cellular theater, Signal through noise – In the fourth installment of the cell’s current online series Tolerance Party, written and directed by Joe Hendel and co-presented with DimlyWit Productions, two young characters find themselves in a chat room, where they must listen through white noise, interpret its meaning and find common ground to bring it back to the life . Viewers are encouraged to participate in the challenge and participate in live chat throughout the show. The cast includes Heather Mo’Witz, India MeÃ±ete and Brian Reager; production design is by DimlyWit, with original music by Ricardo Romaneiro, co-designed by artistic director Kira Simring

Signal through noise Airs from Friday February 26 at 8 p.m. to Monday March 1 at midnight. Tickets are available on a sliding scale, from $ 5 to $ 25; members of cellular TV will have access to the show.

the cell, Life is a drag – In addition to its online production, the cell hosts an exhibition of video portraits of New York artists Rachel rampleman, some of which was filmed throughout the pandemic during his residency in cell space on West 23e Street. Documenting the performers of the explosive international alt-drag and burlesque scenes, Rampleman explores the subjects of genre, artifice and spectacle, in over four hours and counting videos, presenting more than 60 portraits of artists from around the world. who revel in challenging the clichÃ©s associated with masculinity and femininity.

Life is a drag operates until March 28, Saturdays and Sundays, from noon to 6 p.m., at the cell, 338 West 23e Street, Gallery Floor, NYC. The exhibition is free and open to the public; capacity is limited. Customers are required to follow all city-mandated COVID-19 precautions, including mandatory mask wear, completion of a non-contact survey for symptoms and potential exposure, and digital temperature monitoring before the entrance.

The showy square theater, Sweat – Next step in TSP Ripple for change (celebrating nonprofits that make invaluable contributions to social justice) is the drama by 2017 Pulitzer Prize winner Lynn Nottage that examines income inequality, incarceration, corporate greed, conflict union and racial tensions in the American working class. Set at a bar in Reading, Pa., The time-shifted tale (lasting two hours and fifteen minutes, plus a ten-minute intermission) follows a group of longtime friends and laborers from factory whose relations deteriorate as a result of divisions between management and labor, and the displacement of company jobs to Mexico. Directed by Brandon Walker, the production features an ensemble of over 50% of BIPOC artists, including immigrants from Colombia and the Dominican Republic, with sound design by Walker and stage design and costumes by Erin Cronican. .

Presented as an advantage for The fortune society (whose mission is to support successful reintegration after incarceration and to promote alternatives to incarceration), the production will be followed on March 3, at 7 p.m., by a talk-back via Zoom on â€œAction Steps – Racism and Economics: The Social Impact of the Recession â€with expert panelists from the community. To register for the free event, click here. 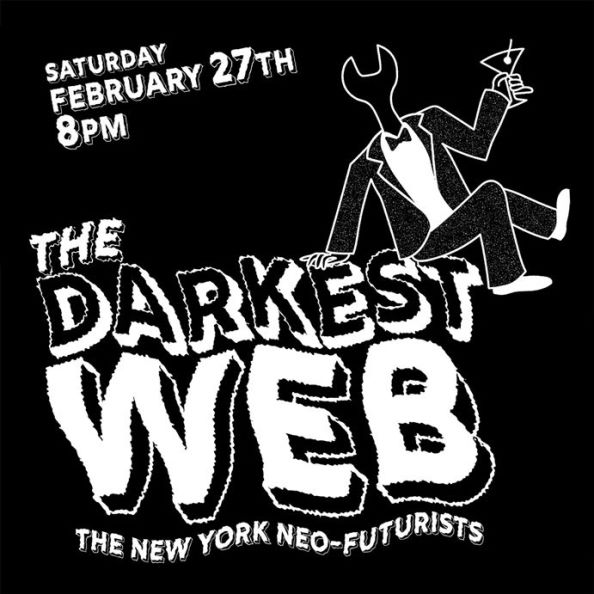 New York neo-futurists, The darkest web – Now in his 17e season, the award-winning NYNF collective of writer-director-performers continues their lineup on Saturday, February 27, with a one-night online rendition of the company’s annual show. The darkest key. Conceived in collaboration with Black History Month by Kyra Sims, a member of the NYNF ensemble in 2017, the event celebrates darkness in its many forms. This year’s episode, co-hosted by Sims and Greg Lakhan, features the black performers of the ensemble in a barrage of personal experiences, creative storytelling, and clever commentary on how NYNF members navigate their ways. worlds in America’s 2021 iteration.

The darkest web streaming on Saturday February 27 at 8 p.m. In order to make the event as accessible as possible, tickets are billed on a sliding scale starting at $ 5, with all profits going to NYNF artists.