I’m not thrilled with them as some reviews are. I quite like most of Alfred Hitchcock’s thrillers, but I’m not the type of writer who wants to spend 10,000 words on Dario Argento’s “Suspiria” (1977) or the masterpiece of Dario Argento. Korean director Ji-woon Kim on family dysfunction “A Tale of Two Sisters” (2003) – to name two movies I admire but can’t love.

I’m impressed with all of David Gordon Green’s work, but â€œHalloween Killsâ€ isn’t at the top of my must-see list. (Although I know I will see it eventually.)

Some of this reluctance to embrace mainstream horror could be attributed to my childhood, to the influence of a TV horror movie host named Larry Vincent. His real name was Jerry Vance; I have known him as “Seymour, the master of the macabre, the embodiment of evil, the most sinister man to crawl on the face of the earth”.

Seymour was the host of “Fright Night,” which occupied the time slot just before the test pattern early Sunday morning on Los Angeles’ KHJ-TV, Channel 9. Seymour specializes in showing some really bad movies. horror like “The Mushroom Attack”. People “and” Monster From the Surf “and providing – in places – the kind of tongue-in-cheek commentary the guys at” Mystery Science Theater 3000 “would later turn into great art.

I’m sure I missed a lot of things Seymour was talking about; even though I was only 11, I already knew this was the kind of TV show that could possibly be best enjoyed through chemistry.

With the exception of Cal Worthington Dodge, the only sponsor Seymour seemed to have was the Pizza Man. So, before the advent of the Blumhouse movies, I viewed horror movies primarily as a genre of comedy. I was disappointed whenever they weren’t as laughable as, say, Don Coscarelli’s first movie “Phantasm” (1979).

I believe I get them, the same way I get roller coasters and ziplines, and I can enjoy them on occasion. While I tend to miss symbolic vampires, ghosts and zombies, I like good psychological thrillers like “Don’t Look Now” by Nicolas Roeg (1973) or Jeff Nichols “https: / /www.arkansasonline.com/news/ 2021/31 Oct./horror-genre-offers-scary-not-so-scary-films/”Take Shelter “(2011). By the time John Carpenter’s” Halloween “appeared by 1978, I realized that supernatural slasher movies weren’t my favorite genre of movies.

Yet I understand why the horror continues. Our first stories were horror tales – St. George and the Dragon, Beowulf, Hansel and Gretel. Because the world is a dangerous place and there are a lot of things we can’t control, we fabricate scary stories to empower ourselves. In the end, horror films do us good by provoking emotions of fear in a safe context.

There is nothing wrong with it. The way to appreciate a film is to surrender to it, accept its internal logic, and invest in what is essentially a play of lights and sounds. When people talk about the escape offered by the movies, they are talking about their desire to get rid of the real-world back-to-back problems for a few hours of no-stakes fantasy. It feels good not to think about your deadlines or the tax implications of investing in cryptocurrency while you watch a masked guy chase 30-year-old teens with a chainsaw.

Ultimately, a truly scary movie is a pretty rare event.

My first contact with a deeply creepy film was “Rosemary’s Baby”, although I can’t remember exactly what bothered me in 1968. I doubt my 9 year old is equipped to understand much of it. subtlety of Roman Polanski. Gothic masterpiece (I’ve seen it since) but I remember a vague unease that lingered for days after seeing the film.

A year later, when I saw “The Green Slime”, I was already far enough along to be proud of my ability to laugh at monsters.

But there was nothing to laugh about at “The Exorcist”. I saw it a few weeks after its premiere, probably February 1974. I wasn’t a movie critic at the time, but I had become a pretty sophisticated film watcher. And that scared me.

I don’t believe, however, that “The Exorcist” succeeded in disrupting my sleep patterns because of its special effects or shock hits; What was terrifying about the film was the pervasive atmosphere of tension and fear that director William Friedkin was able to maintain. It builds itself slowly, almost unconsciously, through the funeral rhythm of the first hour of the three-part structure.

I wouldn’t dispute the conventional wisdom that “The Exorcist” is the scariest movie of all time, although many young people who see it for the first time may not experience it the same way they do. of us who saw him in the movie. The 70s lived it.

After all, â€œThe Exorcistâ€ changed the way horror movies were made, and the next 47 years have inoculated us against what were then perceived to be shocking scenes.

I didn’t see “Night of the Living Dead” (1968) until I was in college, which was probably a good thing. There was something about black and white cinematography that disturbed my preteen self; I remember episodes of “The Twilight Zone” and “Alfred Hitchcock Presents” that gave me nightmares.

The most trashy – and I mean it in the best sense of the word – screaming operas like “Friday the 13th” have never put a glove on me. This was due to a certain cinematic reluctance to indulge in a film that was too cheap. Since “The Exorcist”, I haven’t come across too many films that met my standards of genuine scaring.

One that scared me, however, was “Spoorloos”, a 1988 Franco-Dutch production also known as “The Vanishing”. Five years later, director George Sluizer remade the film for Hollywood, with Jeff Bridges, Kiefer Sutherland and Sandra Bullock in key roles. This version – with a Hollywood ending – barely made a dent in my consciousness, but the low-key original, with its unfamiliar cast (to me) and low-tech documentary-style textures, is a haunting, scary film that will keep you going. will freeze the heart.

In recent years, Ari Aster’s â€œMidsommarâ€ (2019) and â€œHereditaryâ€ (2018) have established themselves as fine examples of the genre. “Midsommar” in particular is reminiscent of the popular horror of Robin Hardy’s 1973 cult classic “The Wicker Man” (which, fantastically enough, was originally released in the US as a photo B on a double bill with ” Don’t Look Now “by Roeg”). 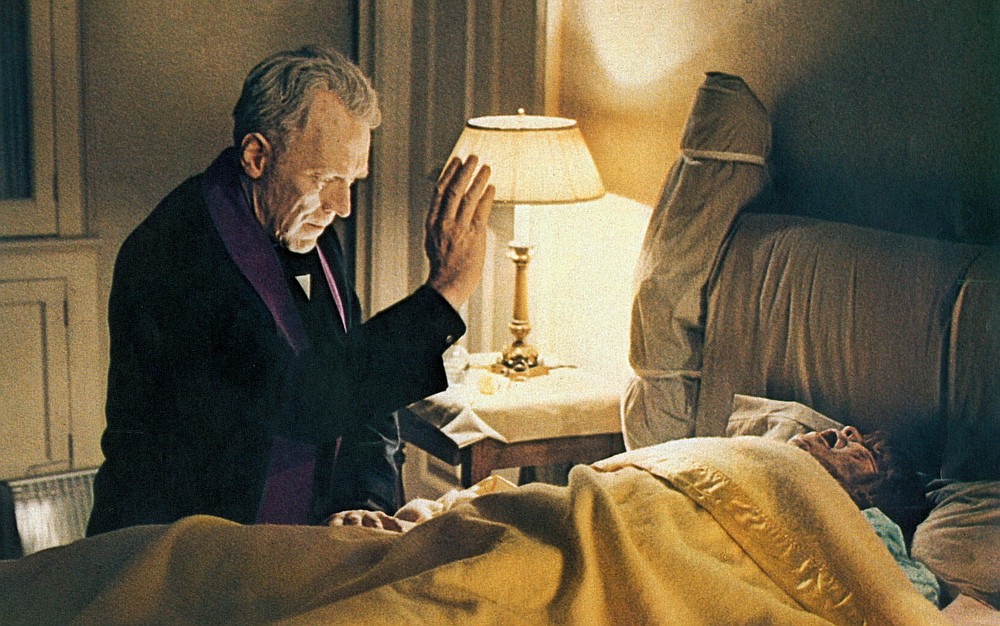 Max Von Sydow and Linda Blair in “The Exorcist”

We’re complicated creatures who bring all kinds of goodies with us to the theater – many of us don’t go to horror movies to be scared as much as they do to poke fun at the conventions of horror movies, an ironic gesture enshrined in the “Scream” series and mocked by “Scary Movie”, which takes up even the most brutal examples of the 21st century. (The “Saw” series is full of bitter irony.) Most Americans who hire weird Euroslashers don’t really expect to be scared of them; they indulge in the taste of their connoisseurs for esotericism.

This is how I enjoyed many body horror films by David Cronenberg such as “Videodrome” (1983), “The Fly” (1986), “Dead Ringers” (1988), “Crash” (1996) and “Spider” (2002). I was deeply interested in them, but not viscerally committed. I really enjoyed them while maintaining a critical distance, which some people might consider missing the essentials.

I did not receive “The Labyrinth of Pan” (2006) by Guillermo del Toro as a horror film; it’s less scary than sad, beautifully done, poignant and moving in a way that transcends all genres.

I’m more scared of the real estate scenario playing out at Ira Sachs “https://www.arkansasonline.com/news/2021/oct/31/horror-genre-offers-scary-not-so-scary- films /” Love Is Strange “(2014) than any monster movie. Documentaries like” Gasland “by Josh Fox (2010),” The Act of Killing “by Joshua Oppenheimer (2012),” The Bridge “by Eric Steel (2006) and any other documentary film about climate disasters should frighten us.

While a movie may surprise you with pop-out ghosts and ringing phones or shock you with heightened levels of gore and violence, the key to a truly scary movie is the voluntary enlistment of audiences into the cause. . You have to want to be afraid.

Maybe I don’t want to be. Or maybe I find enough of it in real life to scare me.